Dreamed destination for many, Seychelles are tropical piece of heaven which fell to the middle of the azure waters of Indian Ocean. Romantic sunsets on sugar white beaches under the palms trees make this archipelago also a true honeymoon best friend. No matter how many lazy days you spend here, it will never be enough!

Seychelles is a country consisting of an archipelago of 115 small islands in the Indian Ocean, geographically belonging to the African continent. Since the Republic of Seychelles in an island state, it does not have a land border, although the surrounding countries and islands include Mauritius, Reunion, Madagascar, Mayotte or the Comoros Islands.

The archipelago of Seychelles cover a total area of almost 460 square kilometres and is home to a population of 92 thousand people (making it the smallest nation in term of population worldwide) with many different ethnic groups (including the majority of native Creoles, and then for instance British, French, Chinese or Indian). There are three official languages within Seychelles: English, French and the native Seychellois Creole.

The capital city of Seychelles and also the largest city is Victoria, located on the main island called Mahé.

It is also a urban area where a great percentage of population is located and it’s famous and popular for its markets. Today, Seychelles has an agricultural economy with a great and steady development, focused mainly on tourism and public sectors.

Considering other African countries, is has a high human development. Despite the economic development, there a huge difference between the tom and the bottom of the society, causing massive inequality in terms of income and the poverty is still a challenge for many. It is a member of the African Union and also the United Nations.

Due to its remote location, the history of Seychelles does not date back more than to the beginning of the 16th century and its discovery and the European colonisation a century later. France took control of the archipelago in 1756 and even the Brits controlled the territory for a short period during the breakthrough of 18th and 19th century. The independence of Seychelles was declared in 1976.

Seychelles means a gorgeous beaches generously spread across all 115 islands – beaches with the picture perfect sugar white sand and the famous rock and the turquoise ocean water.

Almost each one of the islands is equally perfect for a holiday gateway, which makes it hard to pick! Luxury resorts are spotted all around the archipelago, offering a wide range of free time activities in the beautiful surrounding – including diving, snorkelling, water sports, wildlife spotting and others.

There is also a wide range of world class restaurants and the tropical jungle landscape offers multiple hiking options. The sunset on Seychelles will definitely belong to one the most beautiful shows you’ve ever seen.

END_OF_DOCUMENT_TOKEN_TO_BE_REPLACED 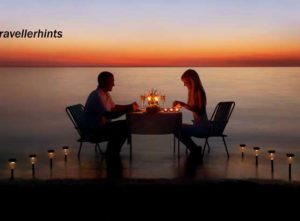 Dreamed destination for many, Seychelles are tropical piece of heaven which fell to the…